In Which I Participate in “Community Service”

I bet you are thinking, “Mandala? Doing community service? WHAT could she POSSIBLY have done?!?!”

It’s not what you think! Let me start at the beginning.

Diagon Alley is a Chicago-based band made up of some ridiculously talented musicians. I always look forward to their Tuesday night Twitter antics, known as Tuesday Night Community Service (TNCS) and was excited when they asked me to be one of their interviewees.

The premise is simple: the first part of the interview is about the musician’s current projects. In the second part, Diagon Alley gets personal. The third part is the lightning round: questions are fired off faster than answers can be returned. Want to see what it’s all about? I’ve transcribed my TNCS experience below.

*Note* Like with any instant messaging conversation, the questions and answers often get a little out of order. Inevitably, someone is typing an answer while another question or comment is being fired back. I took the liberty of making a few minor adjustments to the actual order in which a few of these comments appeared to make it less confusing. I didn’t omit anything; I just tried to keep comments on one subject matter together.

*Second Note* Diagon Alley IS a punk rock band. There are a couple of bad words and some toilet humor, so be warned if you take offence to such things.

Diagon Alley: Tonight we will be interviewing the very lovely @MandalaSongs Everyone follow and tune in!

Me: @DiagonAlleyBand Lovely? Why, thank you!

Diagon Alley: But of course.

Diagon Alley: Hey! How’s it going on this wonderful evening?

Me: Just for the occasion, I dug out my cup from The Dungeon in NOLA. That was a crazy night with you guys & @DrearyInferi WTB!

Me: (Wrock the Boat)

Diagon Alley: Haa! You want to talk about Nola eh?

Me: I might plead the fifth depending on what you ask 😉

Diagon Alley: See the thing is..none of us can remember a single thing. We were just..home.

Me: I woke up to find I had my pic taken with Col. Sanders. Don’t remember that #WitheringsFact

Diagon Alley: Thats hot. Did you get some chicken?

Diagon Alley: We are honored you have joined us. So what have you been up to? New songs? Shows? Tell us good things.

Me: My most recent project was a rather dark, piano-based, 5 song EP available only as a physical CD http://mandalasongs.com

Diagon Alley: Why you messing with us?

Diagon Alley: We will be stealing a copy as soon as we see you!

Me: I also am having a digital download sale over at http://witherwings.bandcamp.com

Me: http://witherwings.bandcamp.com is the only place to find my first Witherwings CD “Swept Away” in a digital format.

Diagon Alley: Any shows in the near future?

Me: I am SO open to doing shows, but I just didn’t plan on anything for the near future. Are you inviting me out to Chicago?

Diagon Alley: Excellent! Congratulations! That is all wonderful news!

Me: This kiddo is already really into music. I’m going to start training him to back me up very soon.

Me: No way! I think he will bring in the ladies to the merch table. He’s a cutie pie!

**editor’s note** I thought the comment “Now this story just took a shitty turn..” was a baby poop joke and so responded with the comment above. My bad.

Diagon Alley: Are you ready to get down to the nitty-gritty?

Diagon Alley: What’s your favorite song to do gardening to? We rock out Kenny Loggins.

Me: Some Environmental band I dunno.

Diagon Alley: They have a cool name. We are thinking of taking that name. You can be in the band.

Diagon Alley: We just started one. We are called Green Day.

Me: we are going to have so many fans already!

Diagon Alley: Yes. Are songs rock the fuck out!

Diagon Alley: How nitty-gritty do you get?

Diagon Alley: What foot do you put your sock on first?

Me: That’s crazy talk. Too wild for me.

Diagon Alley: What do you do with the poo?

Me: Flush it because we are all hip and with it and use these cool hybrid environmentally sound diapers

Diagon Alley: What’s your favorite breakfast cereal and why? Please also note and show your work.

Me: Damn, I was going to run down to the kitchen, and take a pic, but I ate it all! I stocked up on Count Chocula! ALLL GONE.

Diagon Alley: This is now a problem.

Me: I even looked to see if I had a pic of a box on my phone. I love it that much – I thought for sure I would have taken a pic

Me: Instead I will give you this pic of an omelette I once made.

Me: I will make some for our first band practice as Green Day.

Diagon Alley: How will you handle your breakfast

Me: I recently learned to make oatmeal with chocolate chips. See a trend?

Diagon Alley: The trend is set.

Diagon Alley: How does there color purple make you feel?

Me: I’m afraid I never saw that movie.

Diagon Alley: Did you read the book? Oprah is in it.

Me: Oprah WROTE it. You see her all the time in Chicago, right?

Diagon Alley: She buys weed from us. Cuki isn’t allowed within 100 feet of her. Old shit.

Diagon Alley:  Sooo. Are you ready for the lightning round?

Me: trolling on the net baby

Me: cough cough neither

Me: It’s good to have two

Diagon Alley: Cotton candy or a bag of sugar?

Me: both! Pour them in my mouth!

Me: I love animals

Me: always the water

Me: You are gross

Me: Don’t make me cry. I no longer have a choice!

Me: We have one that’s BOTH

Me: Spotify gives me money

Diagon Alley: Him or……

Diagon Alley: ….or him 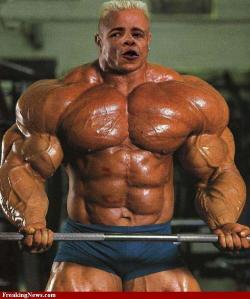 Diagon Alley: speed of light, or speed of sound

Me: sound. Love me a sonic boom!

Diagon Alley: Trampled by elephants or Strangled by snakes?

Me: Elephants. Execpt for that one guy who got smothered by poo.

Me: That’s not fair

Diagon Alley: “take my hand”, or “when a man loves a woman”

Me: You guys know to wipe? That is so awesome!

Me: Ew. Harder to loose the shoe.

Me: Well they might just buy beer. Eliminate the middle man

Me: There is a poo theme here.

Diagon Alley: smoke 13 cigarettes or drink 13 beers in a row

Me: WHAT THE I DON’T EVEN KNOW WHAT THAT IS.

Diagon Alley: We would like to thank the very wonderful @MandalaSongs for joining us tonight. We had a blast! Thank you.

Me: See you guys this weekend for band practice. What do you want in your omelets?