A Look Into the Madness of a Mixing Musician?

Am I the only one who goes through tons of pieces of paper like this while mixing a CD? Am I just that OCD about it being as perfect as I can make it?

I’ve been working on new music everyday while the kiddo naps. I’ve been writing, recording, and editing the mix, which takes the most time of all three. After a month and a half of doing this 5-6 days a week, 2 hours a day, my five new songs have these percentages of being complete: 99%, 97%, 70%, 40%, and 1% (1% = stream of consciousness lyrical ideas in my notebook.)

I’m aiming to have an EP of new songs ready for Cleveland ConCoction at the end of May. Though I’ve been working on stuff every day, and doing some serious time management (ie. writing lyrics while waiting for the baby to fall asleep)I still have so much to do!

I need to keep plug plug plugging along. 🙂

It took a couple of days, but I’m flying through all the connections at start-up now. (I use QSampler for my MIDI sound fonts in addition to analog instrument tracks.)

The reason for posting today though, is because it seems I have found my computer’s limit. She’s not a new machine, and she’s feeling the strain. It turns out that 15 tracks, of which 8 have one plug-in each, and one that has two plug-ins, are more than she can take. Playback is stuttering. It exports just fine, but when I go back to listen, make notes and edit, I have to mute or bypass the reverb on at least 5 tracks. Okay, so I like lots of harmonies. DON’T JUDGE ME. 😉

Before recording in Ardour on a Linux computer, it was common for my songs to have 15-25 tracks on average. I really like a full, complex sound. The last CD I put out, and the first to be recorded on this computer in Ardour, was very basic: vocals, piano, drums and bass. I wanted the album to sound the way my songs sound when performed live. The songs had 5-6 tracks at the most, so I never even considered what my computer could handle.

Looks like there might be a hardware upgrade in my near future. I will keep you posted.

“Momentarily Distracted” Behind the Scenes Part 1

My music career has taken a brief pause these last couple of months as I have been adjusting to being a new mom. It has been exhausting, but I am so in love with this little boy. He is starting to coo now and I just cannot get enough of it! And yes, I have been recording him!

I knew being a first-time mommy was going to be all-consuming, so I made sure to bust my butt to get some new music out before the baby was born.

If you are not already aware, I released a five song EP in October  called Momentarily Distracted. It was a unique experience for me in both recording and song-writing. It was the first time I used Ardour 3 as my sole DAW (digital audio workstation.) Learning how to use Ardour has been a huge part of this blog and I am quite proud that I was able to navigate it with relative ease after a short adjustment period. It was also the first CD I put out under just “Mandala” rather than one of my other projects.

As I have done in the past, I collaborated with a couple of musicians to fill out the sound on a few songs. I wear many hats, but I am not the best bass player and I am certainly no drummer. I love that with today’s resources and technology, you no longer need to be in the same city, or even the same state in order to collaborate with other musicians. While I reside in the Washington DC area, the drummer lives in Massachusetts and the bass player lives in Florida. Both guys are really into recording equipment and I knew they would be able to provide me with high quality recordings to edit and mix into my own.

It had been a couple of years since I used outside musicians, and that was long before I converted my studio to a Linux-based system. I knew I might have to do things a little differently. The only issue I really had with these songs was that both the drummer and the bass player recorded their tracks with a 44.1 sample rate, whereas I was using 88.2 kHz. (My previous DAW only allowed my to record in 44.1, so it was not an issue.) I did some searching and found a blog that explained “time stretching” in Ardour. Time stretching is when an algorithm is used to force a recording to play at another speed without changing the pitch of the track. It seemed like the perfect solution, but I was not able to get it to work. It would get through about 99% of the render before crashing the session no matter how many times I tried it.

I was on a tight schedule and needed a quick solution. I ended up just creating a final mix in 44.1 kHz. I imported the bass and drum tracks and made sure I had all my vocal and MIDI keyboard tracks exactly as I wanted them before exporting them from 88.2 kHz to 44.1 kHz and importing them to this “final” version. I still maintained my higher bit rate when converting. The two musicians had nearly final versions of my parts to perform along to, so everything synched up perfectly.

If you would like to listen to some of this new music, I have clips  of “Momentarily Distracted” and “Wrong” on my website. If you like what you hear, you can purchase the full EP in my store. 🙂

This past week was quite a stressful one for me. In addition to all the tests and projects that come with the end of a school term, I had to complete the ProTools Proficiency Test.

This test is designed to make sure students are competent with the DAW software and know signal flow before they are allowed into the school’s studios. It is timed (10 minutes) and in front of a panel of faculty.

I am proud to say that I finished in 9 minutes, completed all the tasks, and passed with a 92% The faculty graded each task on a points-based system evaluating several things including the use of short-cut keys, organization, and the ability to comprehensively answer questions while keeping on task.

If you are interested, here is a summary of the exam from the syllabus:

This exam is the Mid-Program Assessment for the Bachelor’s Degree in Audio Production.  All students must pass this exam before they can take any advanced courses beyond AU200.  Failure to pass the PTPT will result in a failing grade in AU200 regardless of other assignments, quizzes, and/or projects.

In front of a jury of at least three Audio Production Instructors each student must complete the following tasks within ten minutes.

[also: proper breakdown of equipment, though that part is not timed]**

** I added this part because it was on my evaluation sheet, but not listed in the syllabus.

Now that the PTPT is behind me, and I am no longer focused on knowing all the ProTools short-cuts, I am free to play around with Ardour. Already, I have tried using ProTools short-cuts in Ardour and have made some really wacky things happen. For example I made my Ardour session completely disappear with no distinguishable way to recover it other than shutting down and restarting the computer.

Since one of the points of this blog was to document my experiences with Ardour, I hope to be able to post more often about it now that no longer have to worry about failing the PTPT due to incorrect short-cuts. Imagine if I made my session disappear during the exam!?!

Today, I am using Ardour to record the vocals for my final project in AU200 (the PTPT class) but the final project must be mixed in ProTools since that is the focus of the class. Still, it logs a few hours on my open source DAW and gets me that much more comfortable with it.

As I previously posted, I really wish Ardour 2 came in a box so that I could quickly reference its specs and get an overview of what it can do for me. Well, this “box” – even a virtual one – does not exist, so I made one.

If Only Ardour Came in a Box

I tweeted the other day that I will be doing a presentation for my DAW (Digital Audio Workstation) class about Ardour, and that I plan to put all of that info right here on this blog.

The professor put up a list of DAWs to choose from, and of course, Ardour was not on there… and he had never heard of it… he asked how to spell it.  Ardour is what I have in my Linux-based home studio, and becasue I am not super familiar with it yet, I figured this assignment would be a great excuse to spend hours looking this stuff up.

So, I need to find some solid information on this product. I have a list in my head of all the statistics I will need to do a side-by-side comparison with ProTools, the DAW we use at school.

Sure, I will admit it: part of me just wants to be able to stand in front of the class and gloat about how my free software is superior, but Ardour does not make this easy! I mean, in some ways, that is much to my home studio’s benefit, because Ardour claims to be able to handle whatever you give it as long as the hardware can support it.

But how do I present this information? I am going to look like a used car saleswoman. “Oh yeah? ProTools 10 finally records at 32 bit? Well Ardour can record at 160 bits… if your computer could handle it!” At least I can say Ardour supported a 32 bit floating format long before ProTools.

And because there is no box to flip over and read, I am having a hard time finding other stats. Can you really record an unlimited number of tracks at a time? Can I individually mic an orchestra and say “GO!”? Again, depending on your hardware… blah blah. 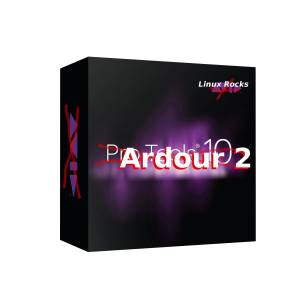 This is what I NEED

Oh Ardour, you are making this a difficult assignment! I am a musician, NOT a computer nerd. Well I guess I am a computer nerd-lite by necessity, but I just want to play my piano and sing and get a nice recording of it.

The assignment is due Thursday. I will try to have it posted shortly there after.